A staff recruitment film we made for Ubisoft Reflections in Newcastle, has won a Third Place Certificate for Creative Excellence at the US International Film Festival in Los Angeles. The film also won best non-broadcast film at the Royal Television Society awards earlier in the year. 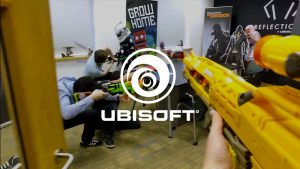 Aimed at recruiting games developers from outside of the region, the film uses an off-beat first person point of view camera style to deliver its message about the fantastic quality of life and work in the North East of England. It was directed by Mark Lediard.

Now in its 50th year, the festival showcases the very best work in corporate film production from all around the world, so we're very proud to add this to our collection of Gold Camera and Silver Screen awards from previous years.