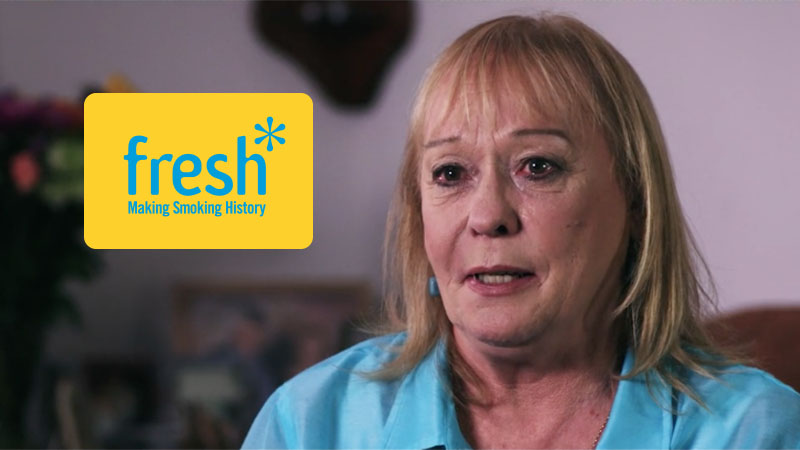 We were commissioned by Robson Brown Advertising to make two TV commercials and three supporting online films as part of an anti-smoking campaign for Fresh Smoke Free North East.

Two very brave cancer survivors Maggie and Tony, agreed to appear in these hard hitting and emotionally charged films, telling the compelling stories of their cancer diagnosis and the devastating long term effect it had on their lives.

Directed by Steve Salam, produced by Nicky Scott and shot by Mike Caine, the films have had a great impact across broadcast and social media as far as New Zealand and are the latest in Future and Co's long history of making films on public health issues